When Quinn pivoted from the video game industry to a corporate tech gig in 2019, job security was a big part of the reason why.

The gaming world was “feast and famine,” hiring and firing people all the time, said Quinn, who asked that his last name be withheld to avoid damaging future employment prospects. A more traditional software role — working on learning and development at a customer service company — seemed like a safer bet.

Quinn, now 28, wasn’t alone. For years, a job at a big Silicon Valley company was one of the more plum gigs an American could find. Even after all the early-2010s rhetoric about making the world a better place started to ring hollow in the wake of scandals at Facebook, Uber and other companies, a killer combo of high pay, ample perks, flexible management and collegiate San Francisco Bay Area campuses made for a lifestyle that enticed many early-career self-starters.

The pandemic seemed to bear that thesis out. As everyone’s life suddenly migrated online, software giants saw their stocks soar and tech workers came to enjoy the luxury of coding from a living room couch.

Quinn’s decision to enter the industry seemed prescient at the time. “It gave me a really strong sense of safety and stability that in hindsight really wasn’t there,” he said.

In November, Quinn was laid off, part of a wave of powerhouse tech companies cutting jobs and implementing hiring freezes that began last summer and gathered force through late 2022 and into this year.

The industry-wide downturn has led many tech workers — no longer basking in the fervent attentions of an industry desperate to woo the best and brightest talent — to reevaluate their careers just as Quinn once did.

Where they head now could reshape the industry for decades to come.

“Someone’s loss is another’s gain,” said Dan Ives, a tech analyst and managing director at Wedbush Securities. Highly skilled developers and software engineers won’t stay unemployed for long, Ives said, and the companies that snap them up will probably be those at the forefront of exciting new sectors such as artificial intelligence, electric vehicles, cloud storage and cybersecurity. “I think it’s a repositioning of tech.”

The cuts come on the heels of unsustainably rapid hiring over the last five years, Ives said. “Now, the clock’s struck midnight for hyper-growth, [and] you’re seeing tech CEOs rip the Band-Aid off.”

It’s a moment with notable similarities to the bursting of the dot-com bubble in the early 2000s, when an inchoate version of the internet economy turned to mist before investors’ eyes amid the collapse of Pets.com and other frothy Web 1.0 ventures.

After a golden era at Snap and other tech firms, it’s back to reality for workers

The pandemic was a great time to be a tech worker, as business boomed, working remotely became standard and perks flowed like water. Now, things look less certain.

Yet that collapsed empire supplied the raw material for the next 20 years of tech, Ives said, by pumping a bunch of talented software engineers back into the market. These latest layoffs, he said, could have the same effect.

“I view it more as a redistribution and a change in the pecking order, rather than a sign of darker times,” the analyst said.

The shift away from so-called FAANG companies — Facebook (now Meta), Amazon, Apple, Netflix and Google — is part and parcel with a larger trend in which tech workers are growing disillusioned with many of Silicon Valley’s biggest employers, most of which have at this point racked up reputational blemishes if not outright scandals.

Some workers may now, post-layoff and with their golden handcuffs snipped, take the chance to find jobs more aligned with their values.

“Since COVID, really, what I’ve noticed is tech workers of all stripes — but particularly those with experience — no longer want to work for the Facebooks and the Googles and the Microsofts,” said John Chadfield, a secretary with the United Tech and Allied Workers union in Britain. “It’s just not an aspiration anymore.”

Some software engineers will now prioritize working at smaller companies that can offer them remote work flexibility, four-day workweeks and a better quality of life, Chadfield predicted. Others will turn to uber-flexible freelance work.

But the shifts to come could be more radical than just employees moving from big tech companies to smaller, sprightlier ones. It’s sometimes said that every company is now a software company, given how omnipresent tech is in every facet of the economy, and many non-tech companies still have good reasons to hire the people that traditional tech firms just laid off.

“They’re not running for cover; a lot of them don’t need to take whatever comes their way,” he said of tech workers. “They’re filling well-open market gaps and being choosy about where they go.”

The insurance company Allstate recently signaled plans to hire laid-off tech workers to help beef up its technological capabilities. The Department of Veterans Affairs has made similar overtures.

One engineering manager, Jace — who was let go from a San Francisco software company in December — said that the current turmoil in big, traditional tech companies isn’t representative of tech careers overall, which now encompass a broad range of sectors, including healthcare and banking.

A job in tech is not necessarily “at a place with a slide and a ball pit,” he said, alluding to the famously summer camp-ish vibe that many Silicon Valley companies cultivated before the pandemic.

Some college graduates, however, are still drawn to the tech giants despite the newfound lack of job security available.

Allison, a college senior studying computer science in the Bay Area, said she accepted an offer at a FAANG company over two defense industry opportunities in Pennsylvania and Idaho. 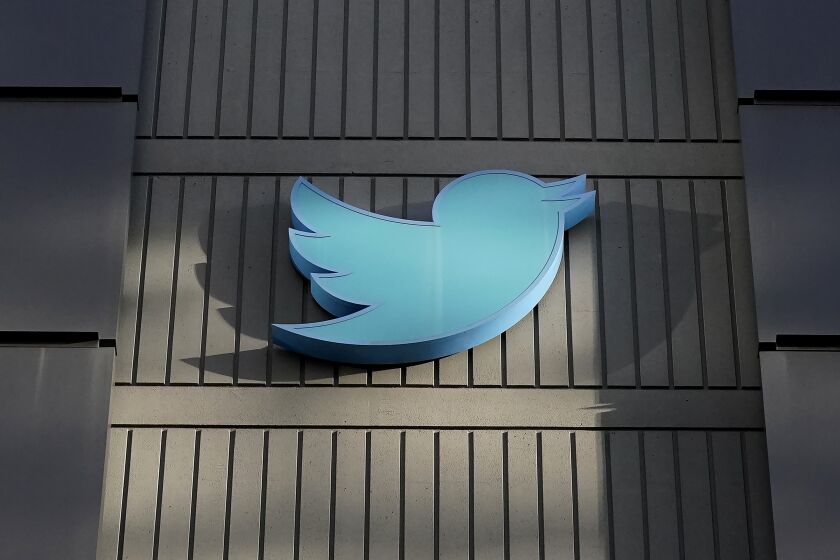 Twitter workers fired in mass lay-offs finally got severance offers — and they’re far worse than initially promised. Many are ready for legal action.

Some of her friends, who previously did tech internships at companies outside the traditional tech ecosystem, are also still gunning for full-time positions at larger companies, she said. Again, pay is their motive.

But not everyone has been as lucky in securing a job before graduation, she said; plenty of her friends have sent out hundreds of applications, some even settling for internships, with no response.

Non-technical tech workers — that is, those who don’t write code or possess other engineering skills — have been particularly affected by the staffing pullback, said Nataliya Nedzhvetskaya, a UC Berkeley doctoral candidate who studies tech employee activism.

“The majority of these layoffs are impacting people [working in] recruiting or customer service at these companies,” Nedzhvetskaya said.

Many tech companies also rely on temporary or contract laborers who — even in boom times — face substantially less stable employment conditions than their full-time counterparts, she said.

“Google’s more than 50% contracted labor,” Nedzhvetskaya said, “and if those people aren’t rehired, or if their contract is canceled before its completion date, that doesn’t register as a layoff.”

For Quinn — the tech worker who pivoted from video games to software in 2019, only to get laid off late last year — changing economic head winds have forced him to reconsider his commitment to the tech industry.

Though he initially thought he’d simply find a similar job at another tech company after getting laid off from the customer service one, he’s since struggled to replicate what he lost. Applications to multiple companies in the last few months have neared their final steps, he said, only for a sudden hiring freeze to put him back in the hunt.

Quinn’s now looking at roles in healthcare, game and app development and even mortgage documentation — that is, sectors which use tech but where the employers aren’t tech companies per se. He’s not sure if he’s “dead-set” on staying in traditional tech, he said. Many of his colleagues, he added, are asking themselves the same thing.

“I think everybody that I’m talking to, at least, is kind of having a soul-searching moment of: ‘Hmm, is this what I thought it was?’” Quinn said. “‘Am I insulated from all these economic shifts?’”

Krista Wilson is a news writer for Axe News Room. She has been with the company since 2017. Her favorite topics to write about include local politics and entertainment, but she also enjoys writing about national politics when she can find time between her other assignments.